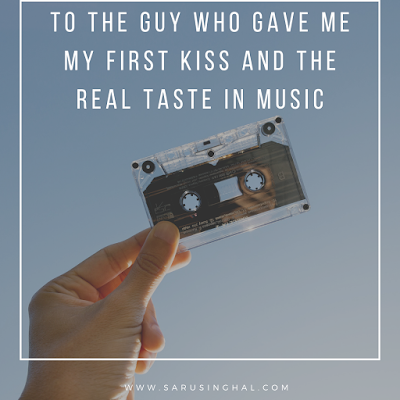 One morning my 21-year-old boyfriend asked me to bunk college. He was too sad after listening to a ghazal. 'Bunk!' I thought. I would elope with a guy who loves music like this. I even proposed how our life would be - we would pack our clothes in 2 suitcases, he would take his dad's Maruti 800, we would take tuitions to earn money, live in a small one-room-first-floor house somewhere in Himachal on rent, and listen to music till 4 am. 'You idiot, my dad wouldn't care if I am lost, but his car. Let's not take the car,' he said with a straight face. It was decided then and there, we would elope and not take his dad's car in which he lost his virginity.

I met him at our favourite spot in Sector 36, Chandigarh. 'Where to?' he asked. 'Anywhere. Just drive,' I said. He turned on the music and drove. The roads were empty. We passed Manimajra. We didn't talk. We listened to the music. That was our bond. We loved the same songs, in the same fashion. We could dissect one song - we listened to the sound of each instrument in that song - we reasoned and provided logic to each word in the lyrics. We laughed at the same songs. We sang songs together. Though we were terrible singers. We wept on the same songs.

We crossed Panchkula. He kept driving. He held my hand in between. We passed Chandimandir. We spent 3 hours parked outside a Dhaba listening to one song after another. That was our last long drive together.

The day he broke up with me. I was sitting in the same car. I took out Kachche Dhaage cassette from the glove compartment and tore its reel. We must have listened to it 100 times. I didn't say a word. I held the cassette in my left hand and with the index finger of the right hand, I started pulling it. He kept speaking. I kept taking the reel out of that plastic case. I gave him the case after he was done speaking. I told him, 'Without me, you will be as empty as this.' Those were my last words to him.

I bought Kachche Dhaage cassette the next day. For 2 years, I listened to it over and over again and wept incessantly. I mourned the loss of a boy who gave me my first kiss and the real taste of music.

But the day I was over him, I started loving music again.