Showing posts from January, 2014
Show all

After the mild success of ‘ The Curious Case of Facebook Likes ,’ presenting one not-so-open admission of Facebook Junkies. Kneel in front of Bhak Sala Pray to Garbage Bin When some profile on your Facebook account Unsettles you from within Hype on their profile picture As you scroll your timeline Shoots up your pulse rate And you seek some intervention divine Nah, you don’t press the Like button Instead analyze and over-analyze Helplessly gasp at their Like count Which multiplies and multiplies Fuming with jealousy Soothing that bee-sting You name them, drink without fizz Latest senseless fad like Honey Singh A vow not to praise them But you don’t unfriend Caressing your ego It becomes your ultimate revenge Oh, dear Mark Who thought Like can put some many at unease? But isn’t it all about networking So no jealousy please Count thy friends, post some happy stuff Social networking thrives on Humor, Sharing and Love
90 comments
Read more

Overdone makeup Scantily dressed She walked past hungry eyes Clutching me close to her breasts For her, S was the alphabet number one No, not S for sex but S for her Son Dark narrow alleys Darker were the glimpses of future Dreams lured her too But her identity, biggest intruder She stood firm, shunning the divide As P was not for prostitute but for Pride Never count the hurdles, she said They will stay, you march on Mould your own destiny After conquering unbeatable, a hero is born Fragmented mindset you’ve to quell Remember, E is never for excuses but for Excel I am, what I am today Life was my biggest teacher Maa , inculcated a warrior’s stamina A vision to be one’s own leader Whenever life slapped, I never called it quits G was never for giving up but for Grit *This poem is inspired from the life of Avijit Halder, who was featured in the Oscar winning documentary - Born into Brothels: Calcutta’s Red Light Kids. As
80 comments
Read more

While all of you were unwinding in the New Year celebrations, I was fizzed out with my lusterless hair. Do I need a makeover? Is a visit to the beauty-fairy must now? As I ogle at the film stars and woman of my age flaunting perfect tresses, I wonder, do I need to recharge the dead cells of my hair strands? So, to snub my lazy bones, I list some coolest reasons to go ahead on this fun ride. The Cheat Sheet It usually begins on a boring Saturday afternoon. Me and my husband are at loss as to how to light up our weekend and we start exploring some new ways to sizzle it. We experiment with cooking or watch a movie. And sometimes we play scrabble. Don’t get shocked but yours truly never wins. Her husband has an edge with his remarkable command over English. I want to recharge my hair to win my first game of scrabble against my arch rival. My plans are to wash my recharged hair just before a game of scrabble and lure him so that he loses his concentration and I register my firs
25 comments
Read more 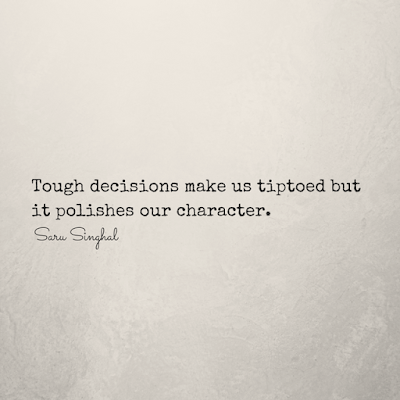