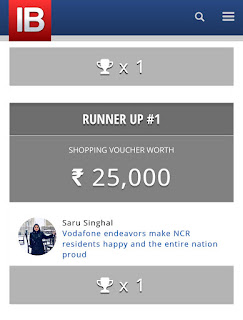 Back in 2006, being a small-town girl, I was awed by the magnificence of Delhi. I exited the Sabzi Mandi railway station and marveled at the engineering wonder of our country - Delhi Metro. The experience of riding Metro from Sabzi Mandi to Rajiv Chowk was a peek into the modern way of life - I was mesmerized by the management of Delhi Metro. It was nothing short of magic - the opulence and magnanimity were breathtaking. But the moment I stepped out of the air-conditioned premises of Metro, reality struck me. I cursed the June heat. It was even harsher in Delhi’s pollution. The buzzing traffic, vehicles coughing smoke, and dusty sidewalks - I felt sorry for those who live there. As for me, I was to catch the evening train back to my hometown where air quality is better. The picture of Delhi I saw on TV faded within minutes. I saw the authentic Delhi where heaps of waste, pollution, and Dengue were a part of normal existence. I made a mental note of never living there. The idea of setting up my CS practice in NCR evaporated in June’s heat. I wanted professional growth but not at the cost of my health.

Now, over a decade later, my views have changed. I see many positive changes which compel me to have this bent of mind. The recent SC ban of crackers is an evidence that our government is taking Delhi’s environment seriously. Though there are many who blatantly disobeyed the order. I understand it’s not easy to change the perception of millions of residents overnight. Especially when the order revolves around a tradition. One step at a time, as they say. I hear from friends and acquaintances how Dilli is changing and this is how -

Delhi Metro, by far, is the biggest step in making Delhi smarter. It reduces travel time, congestion on road and overall, it is the major contributing factor in reducing the pollution levels in the NCR region. As a person who has traveled to the biggest cities in the world, I’m proud to say that Delhi Metro is one of the best!

I spotted CNG operated buses, autos and cars first time on Delhi roads. This clean fuel undoubtedly led to the reduction in carbon footprint. Following the example of Delhi, others cities have followed suit. Even the emission levels are controlled in Delhi NCR.

During the Commonwealth Games, the government urged the citizens to make the best use of available infrastructure. Residents were asked to rent their extra room as there was a shortage of hotels. An advanced move that helped to residents to make money and make the best use of resources. It was a smart decision. Who knew a few years later, the concept would be used on such a large scale at a global scale. We all know how successful Airbnb is.

The region has one of the biggest green belts in metro town across the country. We can find trees in every street, road, and landscapes at major intersections.

Lastly, citizens are becoming aware - saying no to plastic, opting for a greener way of life, controlling wastage. Delhi NCR residents are also doing their bit to make the city smart.

Here we can’t forget to mention the initiatives by Vodafone to revamps the heart, body, soul, and spirit of Delhi. The region has a few state of the art facilities, thanks to Vodafone.

From Paranthe wali gali to Zomato, making the region stout by encouraging the startups
Vodafone supports startups at their nascent stage by giving free products up to 2 lac rupees. On one hand Delhi is famous for paranthe wali gali and on the other hand, an app that has changed the way people savor and share their good experience worldwide. Zomato along with Oyo are a few ventures supported by Vodafone. Self-reliant businesses improve the standard of a city. It’s a step forward in making a city better.

Winning the heart of Dilliwalas with amazing facilities
We all are aware of the poor air quality of air in NCR. To make this situation bearable for its residents, Vodafone has touched the heart and souls of its natives.

As a well-traveled professional, I can safely say - Delhi always amazes me. Be it the spirit of Dilliwalas or the many endeavors that make Delhi a smart and modern city. So when Vodafone asked bloggers what we feel about #CelebratingSuper and how their endeavors help shape-up Delhi NCR, I’d say a humbled ‘thank you’ because such steps make not only Delhi NCR residents happy, but the whole nation proud. 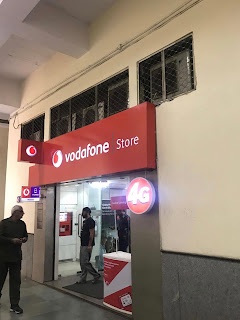 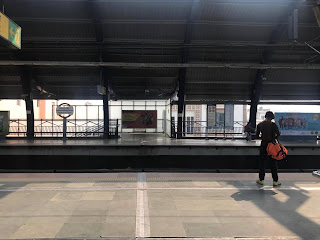