Find ATMs with Cash on MoneyView

By Saru Singhal - December 12, 2016
The moment our Prime Minister announced demonetization, we welcomed the change with open arms. It is indeed a bold move to tackle two major problems our country is facing - money laundering and terror financing. We all applauded it. We shared our opinions on social media, but it was only a day later reality sunk in. We are a huge nation. Implementation at such a large scale often comes with hiccups. It was obvious from day one that common man would face problems. Long queues outside ATMs, Banks, and running out of cash to buy the necessities become the norm for weeks. My parents had a tough time. They live in a village. There is only one ATM in 10-kilometer radius. They had only a few thousand in hand. And unfortunately, most of it was in the denounced currency notes of 500 and 1000. They withdrew it from an ATM a day before. The situation was more or less the same for millions out there.

My in-laws who live in a city had the similar issue. They were out of cash. I read uncountable accounts of friends and relatives on Facebook. It was a harrowing experience. In a country where 85% of the transactions are still done on cash, demonetization added to their list of problems. Though most appreciated the daring step, but when problems surfaced on the  day-to-day basis, people became outrageous. Thankfully, I was safe as I had only one 500-rupee note. 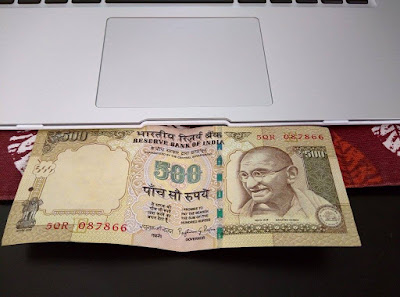 There were many stories that made us question the move. Was our PM hurried into the decision? Was the common man ignored? It is the wedding season in India. People need cash. Also, this move has hit the low-income and rural families the most. My mother told me harrowing experiences of villagers every day. I know families who have postponed the weddings and functions. However, there were good stories too. Chaiwalas accepting Paytm is one such story. For now, slowly but steadily things are coming back to normal.

I think the demonetization move would be helpful in the long run. We needed robust systems and better technology to handle this, though. We can’t expect people to adopt plastic money. But thankfully, there are people who came up with solutions. MoneyView App started #FindCashWithMV - a smart and hassle-free way to locate ATMs with cash in your area. I came to know about it on Twitter two weeks back. I suggested it to my family, friends and relatives back home. You can use it too.

Before heading out for an ATM, check cash availability in two easy steps -

This way you can not only help yourself but your near and dear ones too. Help those around you who can’t check it on mobile. And share it with your friends on Facebook, Twitter, Google+ and LinkedIn. #FindCashWithMV feature works both on Mobile and Desktop. Use it and spread the word to help others out there. 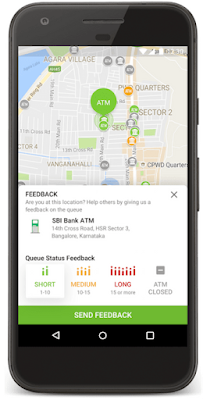 So, how are you affected by demonetization? Did you face any trouble managing your day-to-day affairs?