By Saru Singhal - February 17, 2016
When someone says, ‘You’ll go places,’ you smile with a polite thank you. There are some lucky days when this phrase comes true, literally. Last year I won ‘Reasons for falling in love with Melbourne’ contest on Indiblogger, sponsored by Tourism Victoria. It was a surreal feeling. I was happy and my husband was overjoyed. After months of preparations, coordination, visa filing, bookings and planning, we landed in Melbourne on 28th September last year.

After we landed, we took the bus to our hotel - Ibis Styles Kingsgate and deposited our luggage there. Then we went to explore the city. Our first destination was Melbourne Cricket Ground. The beauty and grandeur of MCG can’t be expressed in words. It’s a mecca for cricket lovers! We took the MCG tour and went ahead to Fitzroy Garden. It’s at a walking distance from MCG and is a perfect place to relax. After spending some time there, we took the Hop on, Hop Off bus. It was nearly noon and we were jet lagged. We flew from New York to New Delhi, and from there to Melbourne. We called the day off and decided to rest. 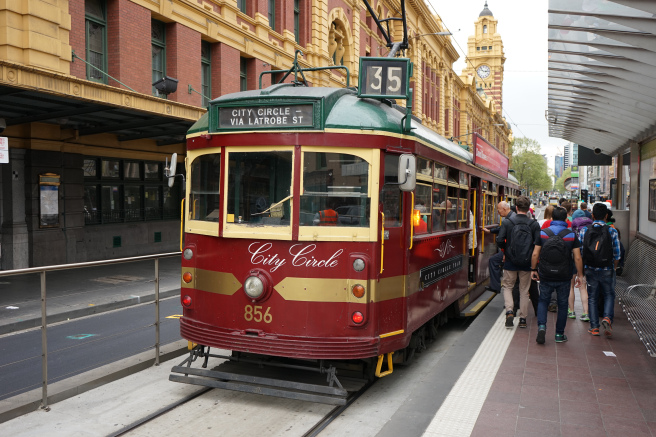 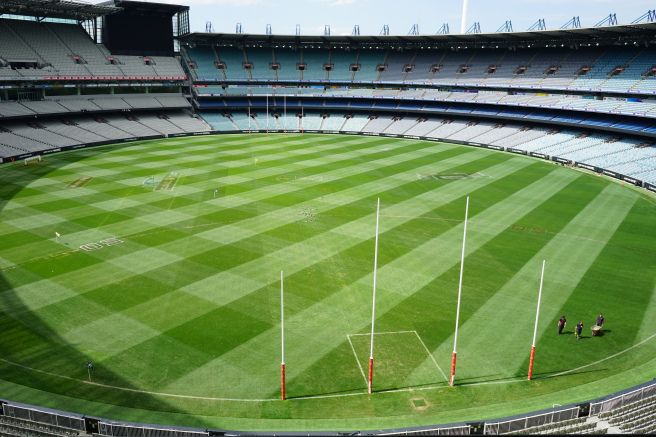 We started early the next day and went straight to Flinders Street Station and saw all the attractions nearby - Colin Street, St. Paul’s Cathedral Degraves Street, Block Arcade, Hosier Lane and Federation Square. This may sound too much, but these places in such close proximity to each other than you can cover it in 2.5 hours. Next we headed to Queen Victoria Market. We clicked some pictures, drank coconut water but didn’t shop there. It was around noon and we went to the next attraction - Shrine of Remembrance. It’s spectacular! You get an amazing view of Melbourne city from it. After soaking the gorgeous scenery, our next stop was Royal Botanical Garden, which is adjacent to Shrine of Remembrance. It took us nearly two hours to cover it. 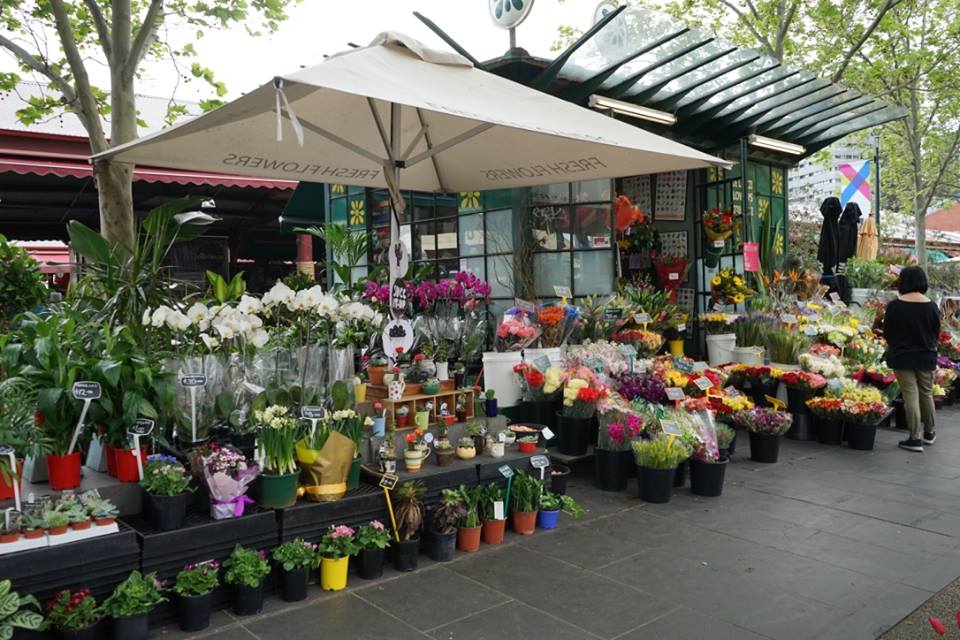 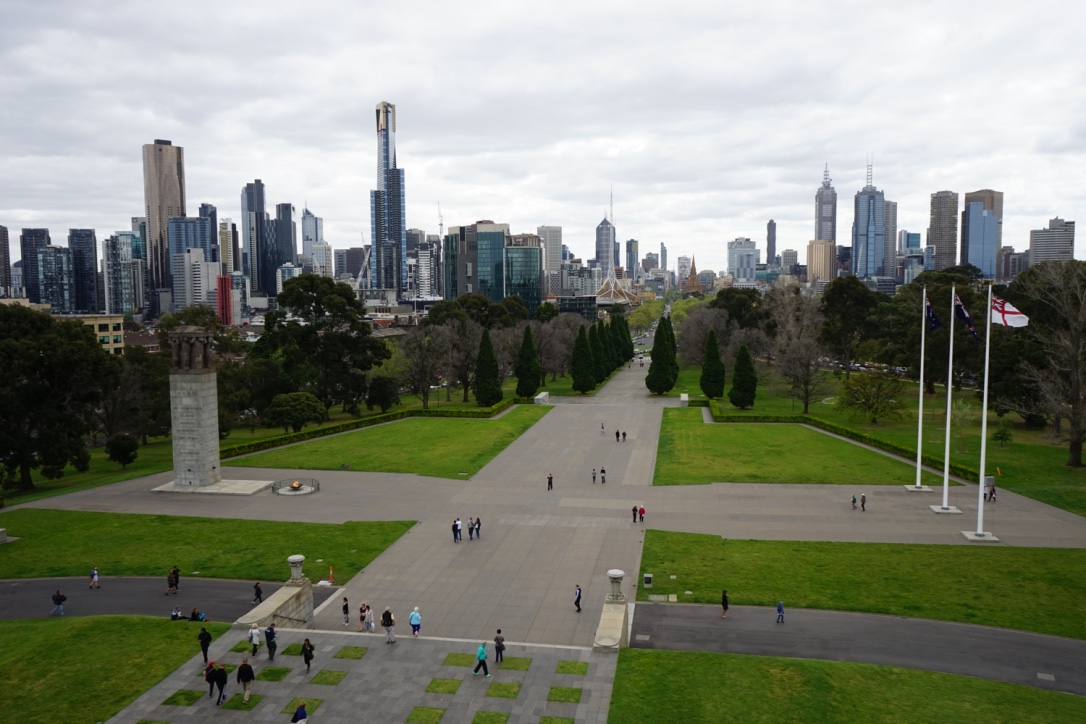 View from Shrine of Remembrance 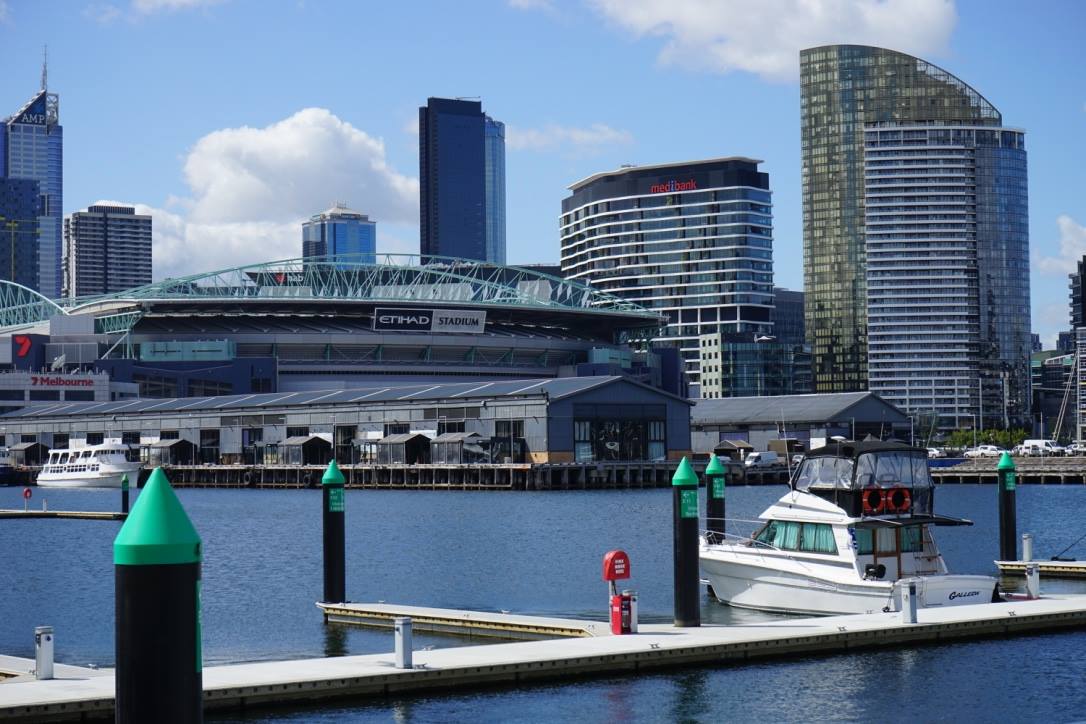 Next in the itinerary Melbourne Star Observation Wheel and harbour area. As we had plans of going to Eureka SkyDeck at night, we skipped Melbourne Star Wheel. We took some pictures and headed to the second last destination for the day - St Kilda Beach. It’s beautiful attraction and we saw the sunset. We waited for the penguins to return to their abodes before we headed to the last destination of the day. Eureka Skydeck. It’s a must visit attraction in Melbourne. When you reach the 88th floor, you feel the stars have come down! 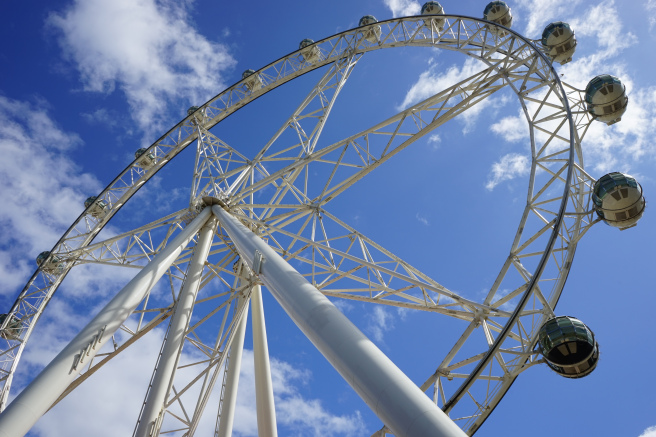 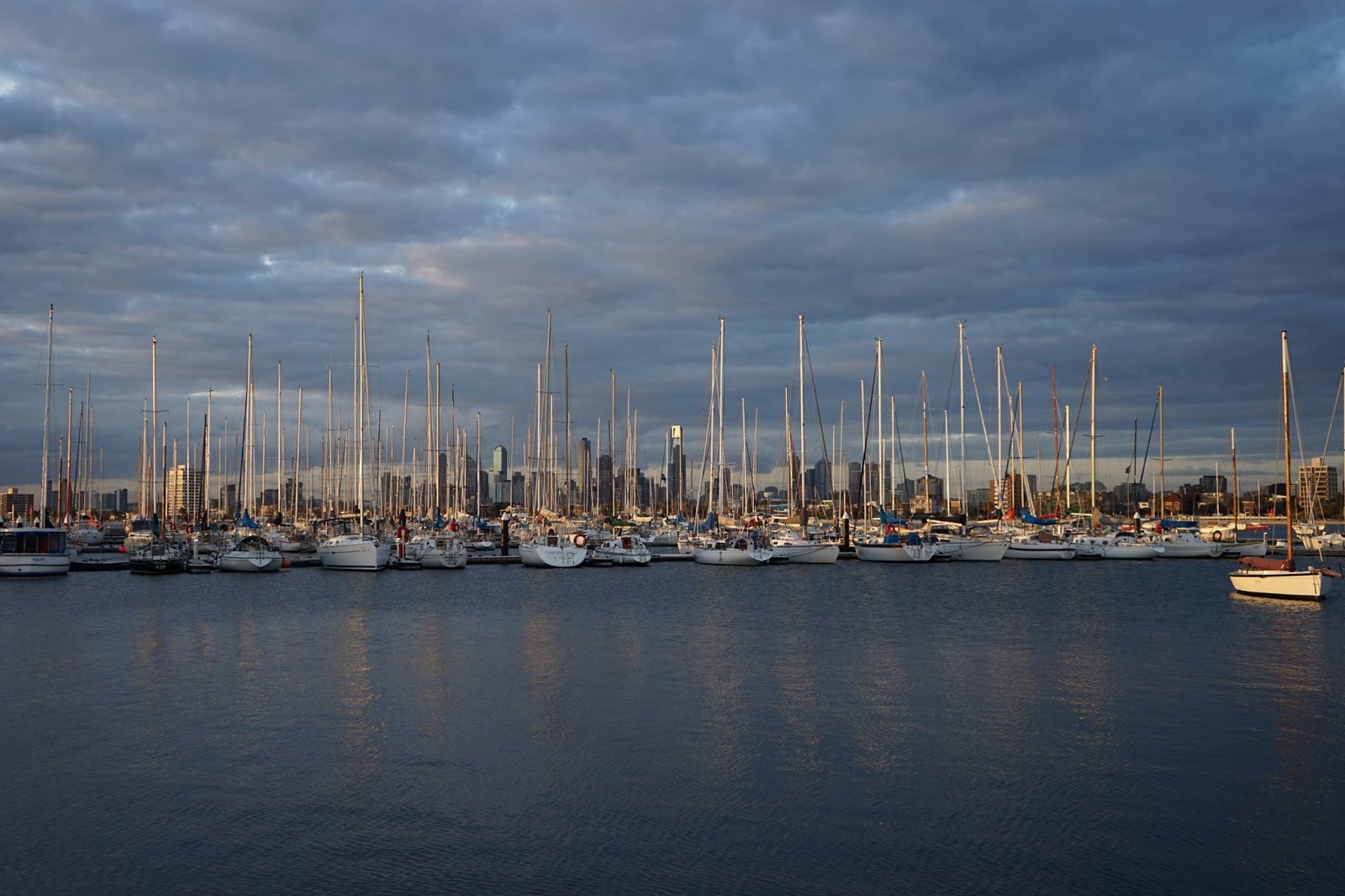 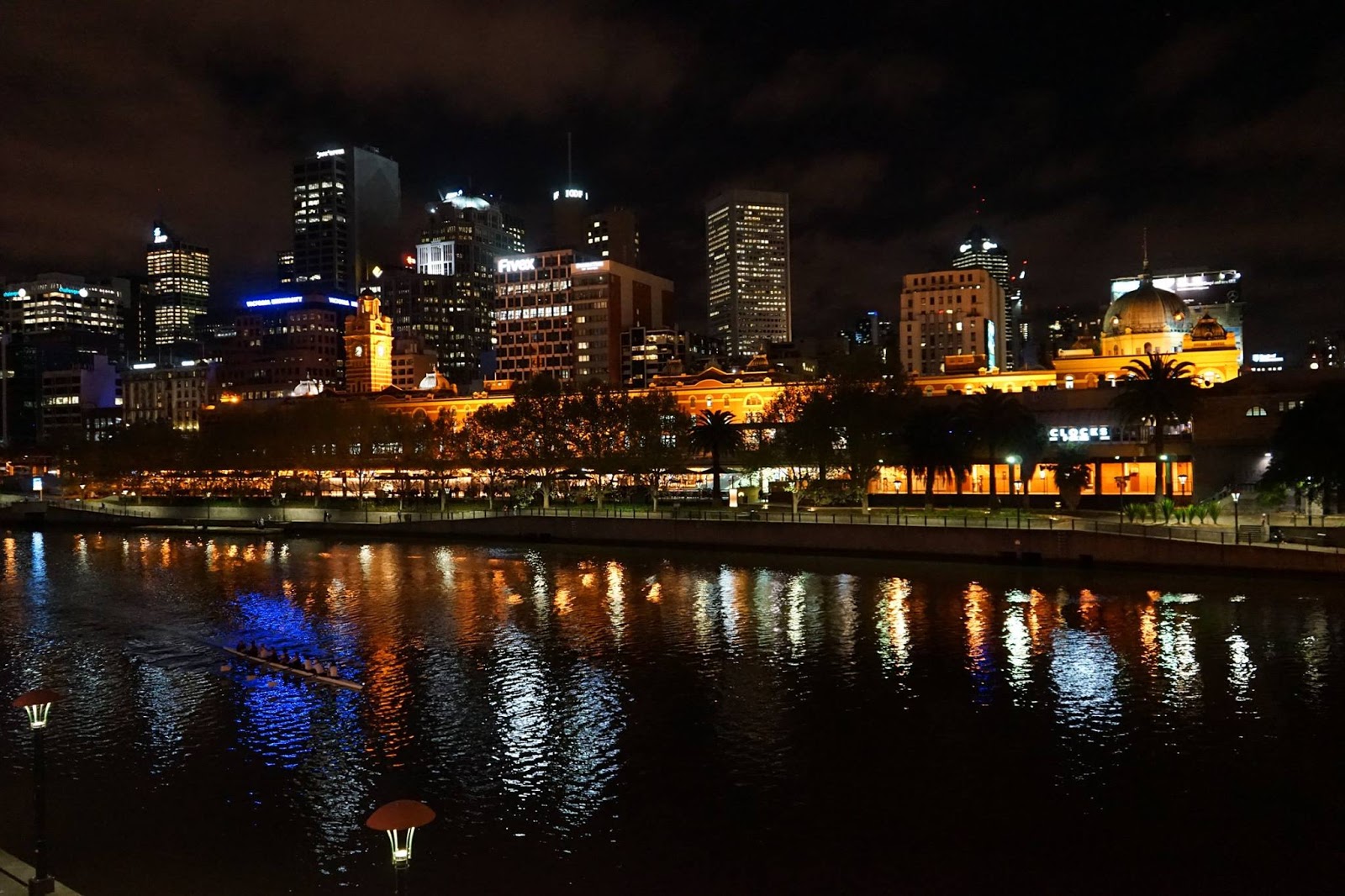 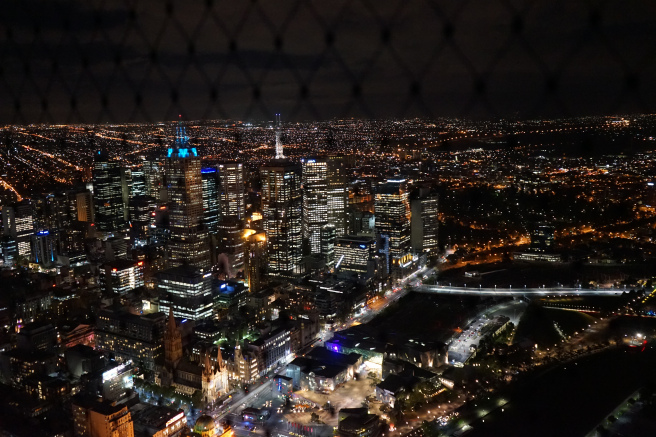 In case you are wondering that we covered a hell lot in two days, let me tell you the joke in our family is - Hamare saath ghoomne ke liye, dil mein jazbaa aur pairon mein running shoes hone chahiye! Oops, I forgot to mention, we also covered Banks of Yarra River and Harbour side. On the third day, we went to Great Ocean Road, which is one of the most beautiful attractions in the world, hands down!

To sum up our experience in Melbourne - it’s relaxed, modern and beautiful.

P. S. - If you want to read the details and see pictures of each attraction, click on the name to read it on my husband’s blog. You can read the winning entry here 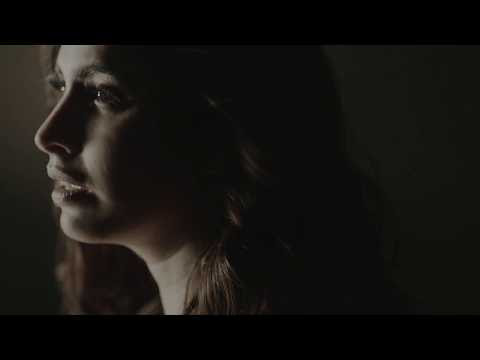