Once upon a time there was a landline. Yes, that rectangular box with wires and numbers embedded in it. Some ten years back, it was mercilessly replaced by mobile phones. From the very beginning, I knew ‘Mobile Phones’ are here to stay - they are very adaptive by nature, and change with time. And it happened! A few years back, mobile phone donned an uber cool avatar and became a SMARTPHONE!

Smartphone is the ‘baap of all phones.’ It’s fast, easy to operate, hip and happening. It has magical powers - it has turned everyone into a photographer and a Gyaani Baba, courtesy Google. Heck no, this is not the reason I love Smartphones. My reason is entirely personal, because of Smartphones - Meri seedhi-saadi Sharma family smart ho gayi hai aur Singhal parivar ke to kya kahne!  Don’t believe me...read my family’s makeover - 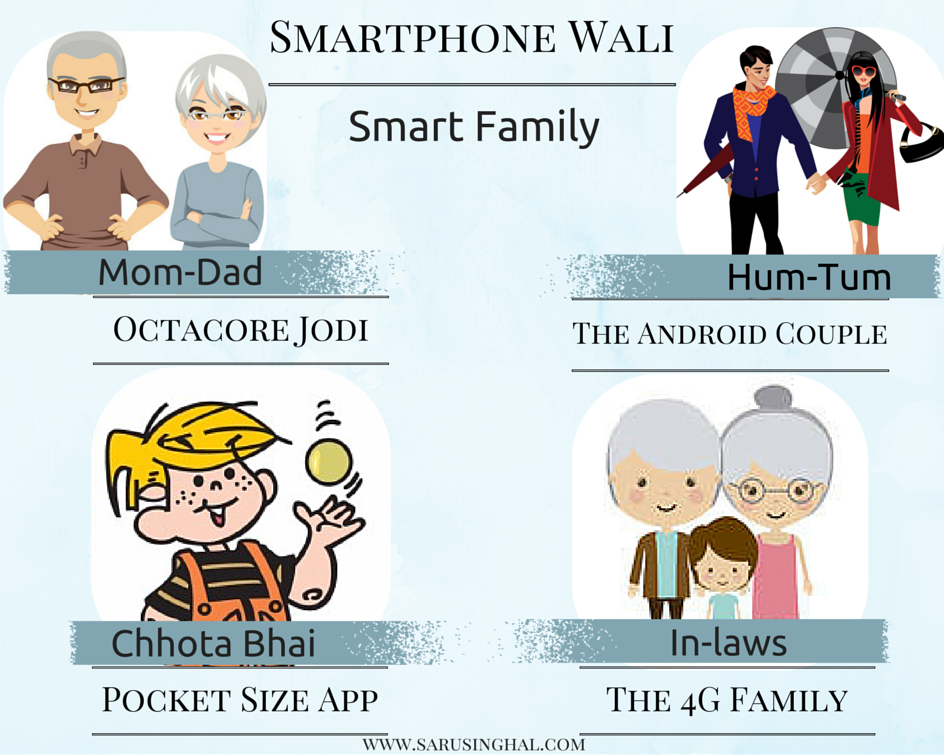 Before smartphone’s arrival, my parents were a normal couple. Every telephone conversation had sentences like - ‘Le apni mummy se baat kar’ and ‘Dad kahan hain?’ With smartphone, they have become a perfect example of - ghar grihasti ke do pahiye. Similar to Octacore technology, they are ‘two sets of processors’ handling interaction with us. For chatting, lower powered set of cores - my mother is engaged. For photo, video sharing and downloading, faster set of cores - dad comes in. And, for high powered action, Skype - both works in perfect harmony to give power packed interaction. Trust me, interaction was never this smooth before. Haan, aap keh sakte hain ki smartphone ne perfect bana di hai inki jodi!

Smartphones have changed the ‘response time and response method’ of my brother. Earlier for any ‘gyan ki baat’ he referred to a documentary. Things have changed now. From ‘Story Baba’, he has become a powerful ‘Pocket Size App.’ You ask for his itinerary, he will send Uber app and will add you as a buddy. You seek ’words of motivation’ for weight loss program, comes the link of ‘Lose It,’ followed by a gentle reminder of another app to measure calories burnt. There are so many apps suggested by him on my phone that I’ve dedicated an entire screen for - ‘Bhai wali Apps’

Few years back my in-laws waited for weekends when they could ask my sister-in-law to show them our Facebook pictures and blog posts. Na-na, not now people. Tez tarrar se 4G ke saath, they have freed themselves. ‘Call us’ message on WhatsApp has taken place of ‘missed call’ ritual. Pictures are shared instantly and even advises pour at a lightning speed. They are making the best of use both - smartphones and 4G.

Taking inspiration from Android M, we have renewed our wedding vows. Just like ‘Easy App Search,’ we’ve promised to be easily accessible to each other. Taking cue from ‘Android Pay,’ we have streamlined our finances. And, we have changed our appearances for better too. Cherry on the cake is that whenever we see a bug or flaw in our relationship, we update ourselves. We’ve truly become the Android M couple, not Marshmallow, Mast version silly! 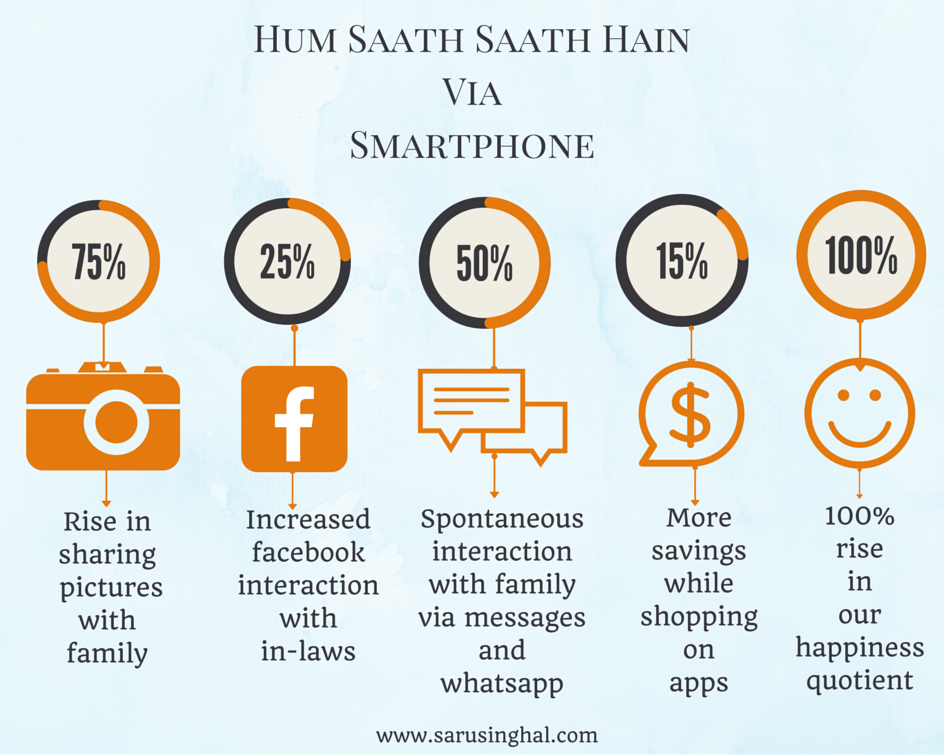 Well, some may call us Smartphone-Selfie-SocialMedia addicts, but being a techie’s wife, I prefer to be called #Technocrats. We spread technology virus everywhere we go and we are good at it. The zoo we visited last has reported its goats and parrots are super active on Facebook and Twitter. Have a look at their profile - 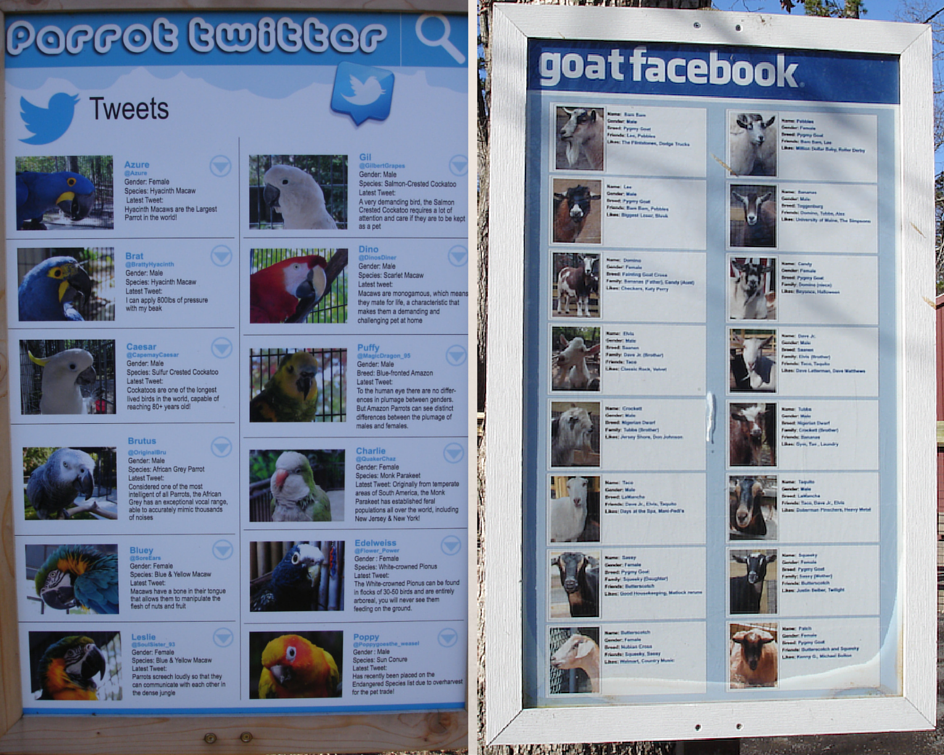 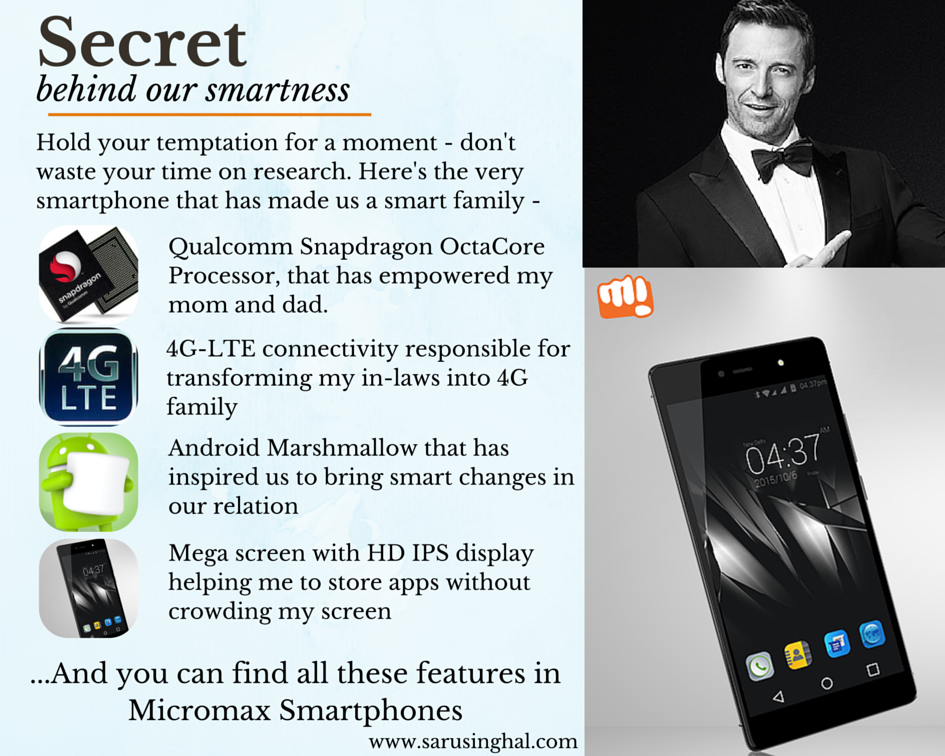