By Saru Singhal - May 18, 2015
Once upon a time, not so far away.
There was a little girl, who always wanted to play.
She knew nothing of this world so rough.
Chased butterflies, she had too much love.
If there was ever a problem, she ran to her mother.
Who would solve everything magically one after another.
There were a thousand things both mother-daughter did.
Played carom, snakes-n-ladders and took many trips.
As the girl grew, she made notes of all things nice.
Little treasures of her wonderland - her mother's love and sacrifice.

They had the most fun anyone could ever seek,
Her mother made new-new games week after week.
If it was 'Name Your Favorite Jungle Friends' one day,
'Spelling Competition' dominated another.
Happily playing, laughing and learning,
Girl had beautiful memories with her mother.
There was one game though, little girl most dread.
She kept counting on her fingers and in her head.
She would make excuses of the length of a fable.
Whenever mom called her to play 'Jumbled Tables.’ 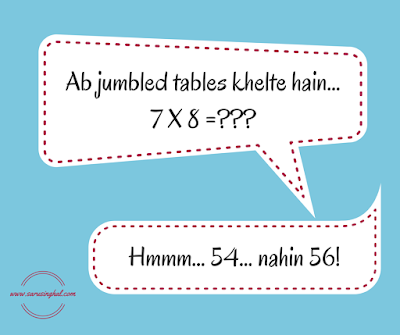 It was not always easy, there were some days tough.
When the girl would mix tiny-little-stuff.
What to say, what to do and when.
She asked an innocent question when she was ten.
It became a running joke till a bigger story came.
That her mother ran store to store to buy hair ribbon of Aashiqui fame.
Too much hoopla over threads weaved on silk net.
A cherished memory both mother-daughter can never forget. 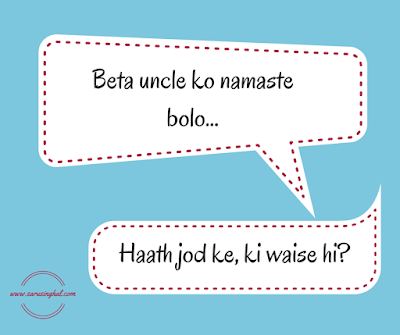 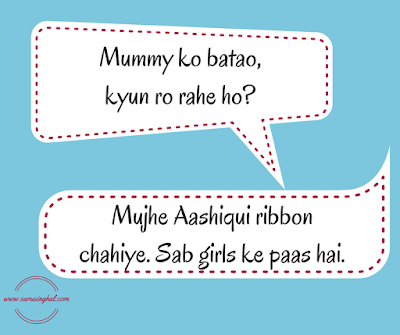 There were however, few days in grey hue,
Girl couldn't get right from wrong, she had no clue.
She lived in another town, miles away from home.
Reluctantly one day she called her mother on phone.
I am too scared to do this - she said.
Mother replied - count on the goodness that lays ahead.
Every day since, her mother called her day and night.
To be there for her daughter and be her guiding light.
Troubled times went like skilled sailor sailed.
When a mother stands by your side you never fail. 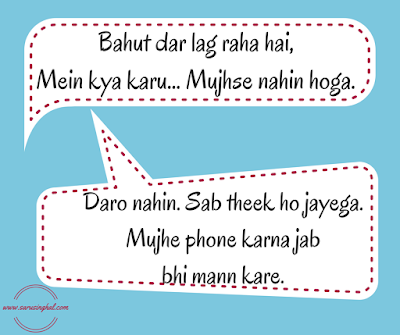 Since then.. that little girl was no more a baby.
Her mother groomed her into a fine lady.
There came a time when distance grew into oceans.
No words could fit in to express their vivid emotions.
Both keep daily chit-chats and memories by their side.
Daughter misses her mother and she is her mother's pride.
If you believe in fairytales, a place where love grows on trees.
All mothers are angels and this little girl is me.


My mother is my friend, my strength and #MyFirstExpert. And here's a memory from our daily chit-chat - 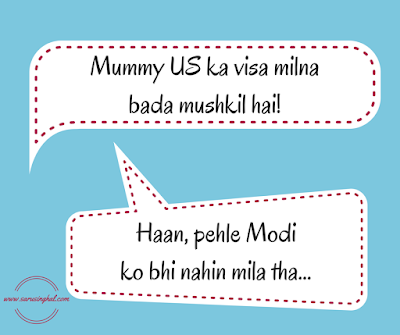 Just like mothers, Godrej is also an expert in many things, one of them is hair color. Click here to find out more.