Let's Do the Washing Tonight

By Saru Singhal - January 19, 2015
It’s only twice in my life that I thanked God for my short height. You read it right, being short comes with few advantages and this realization dawned upon me last year. Once, when I went to Jersey Shore, there was a height restriction for many rides. You need to be short to hop onto few of them. Second, when I started noticing that after doing the laundry, either a sock or a handkerchief was missing. You see, our community has a common laundry room and dryers are mounted on top of each other. Once I loaded the laundry in upper dryer, and I couldn't see the bottom of it. I just threw the clothes in and even with the best efforts, a sock remained in it. And to my sheer good luck, the dryers in the bottom rack had mechanical issues. So, when my husband inquired about his missing sock, I told him the entire story. On that fine (to be read as fortunate) day, he announced that he will do the laundry from now on.

It went on blissfully for few weeks - I relaxed and I hummed, 'let's do the washing tonight,' when he did the laundry. But like in every fairy tale, there came a crooked twist, that hit the lady in me. One Sunday, he came back from the laundry room carrying the basket of unfolded clothes and said,

Loosely translated as -‘Take this basket. See, I did your work.’

I fumed at the words ‘my work’. So I asked, containing my chafed nerves, ‘This basket has your clothes and my clothes. Then, how come it’s only my work?’ I bet, he understood that he ventured into the wrong territory. ‘Actually, since the day we got married, you did the laundry. That’s why I said so. Like I go and do the groceries on the weekend, that’s my work,’ he replied. Clever boy! I must say that was a good save. But later I asked him,

‘Do you think cooking, doing dishes and laundry is my job?’

His logic was simple - work should be divided in a family. If one spouse goes out for work, then other should take care of the house. Fair enough! Then, next question followed -

‘What if both of them are working?’

‘Well, in that case, they should divide the work among themselves,’ he replied. It sounded so right but sadly, it isn't real. I am among the few whose husband shares the responsibility of household chores and boasts about it on his blog stating all the relevant statistics. But the bigger picture is lopsided - ⅔rd of Indian women say that there is an inequality between men and women at home and an equal number of men think that doing laundry is a woman’s job. And how often girls get to hear this -

I feel, such mentality is imbibed in us from childhood. Men have an unquestionable right to relax once they are back from work and women must cook, wash and serve even after an equally tiring work. Why such an indifference? We think, sometimes we rebel but we hardly try to do anything about it. Worse, we label those men who work alongside their wives - ‘You know, Mr Mehta is tied to his wife’s apron strings!’ If a man can cook, iron and washes clothes professionally, why can’t he do the same things at home to share the burden of his wife or mother, I ask?

To Men - we have proved our metal in every aspect of life, now it’s your turn to show that you care and are ready to shun that outdated mindset. More importantly -

Be a man -  who cooks breakfast with your wife. 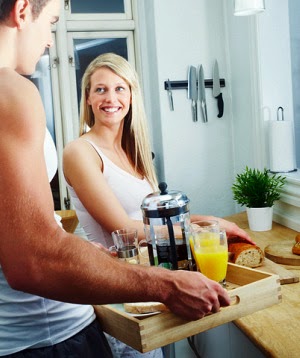 Be a man - who does laundry while she is cooking. So you guys can wrap-up things faster and watch a movie later. 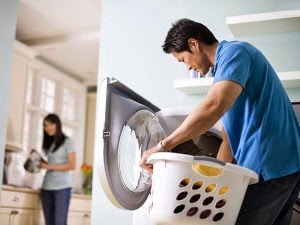 And my personal favorite, be an Iron Man and a true Superhero. 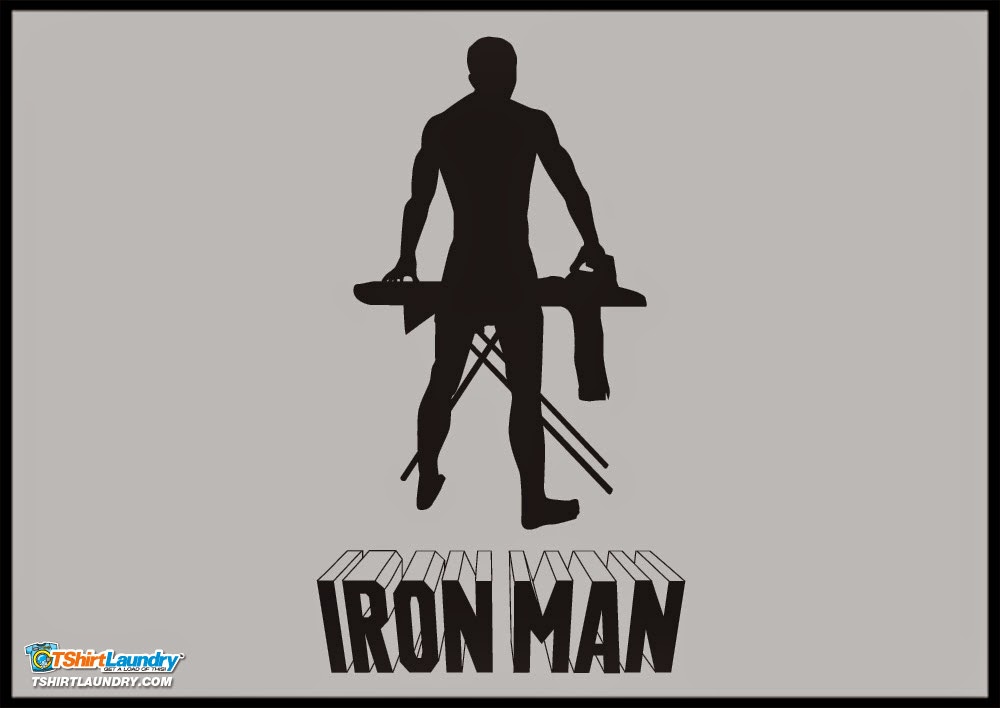 *I am writing for #IsLaundryOnlyAWomansJob activity at BlogAdda.com in association with Ariel.
**Image Sources - 1, 2, 3