By Saru Singhal - September 29, 2014
With wedding season around the corner and cricket season on the low side, two love birds thought of making the most of it. Anushka Sharma and Virat Kohli - shedding all their public inhibitions, announced that they will be marrying in September. Though most of their fans were gasping with anxiety, I for one, started dialing some friends who could help me bag them as my clients. You see, I am good at planning weddings and girl from my town - Parineeti Chopra can vouch for it. She has attended many of my planned events and the result of it is quite evident on her body. She generously volunteered to fix a meeting with Anushka and Virat, where I was asked to show a presentation. With a lifetime chance to be in a limelight, I started planning the event that will be covered by the International media. With ideas flooding my mind and the thought of making extra moohals, all I was thinking was -  shayad, diwali ke season mein meri bhi chaandi ho jaaye!

On the day of the meeting -

Though I was a little nervous, I started the presentation by congratulating the couple.  ...'I think your wedding should be grander than the success of Band, Bajaa, Baaraat,' I said. My opening statement made an impact on both Anushka and Virat, they immediately directed all their concentration towards me. Yes, I basked and cooed for a moment when Virat showered his undivided attention at me. But then I remembered what Anushka said in one of her movies - Business ka first rule... jiske saath vyapaar karo, usse kabhi na pyar karo and in my case, flirt to bilkul bhi nahi. 'That's interesting, please continue,' said Anushka to bring me back to senses.

'Well, let me begin with venue...,' and I explained them in detail why Jaipur is a perfect destination for a celebrity wedding - perfect weather in September and a touch of royalty to match the status of this power couple. Emphasizing that both their national and international guests would love it, I told them I will be using the best of the services in the market for travel and stay of their guests. 'They will have the time of their lives,' I assured the couple. I told them, I will be using Expedia and Yatra for both national and international travel. For accommodation of family and friends, I opted for Travelguru and Hotels.com. 'What about the size of the wedding? Do you want an intimate wedding like Dhoni's or a grand affair matching your star power?' I asked. 'Grand!', exclaimed Anushka in her bubbly voice. 'Ok, please prepare your invite list.' I said. I, then showed them few of the invitation designs from vistaprint's designer collection. By this time, they were participating and sharing their ideas, 'I think invitation should be in violet and silver color', Anushka said. I took note of all their preferences and choices. Virat simply played along. I bet he will be a good husband, agreeing to his lady all the time.

With invitation card, I added a basket of gourmet food and ethic gifts from Kashmirbox, which they totally loved. 'I can ask them to customize the chocolates with your initials, if you want' I said. Virat nodded in approval. Then, I showed them themes for the wedding and reception. They wanted Traditional Royal wedding but  a more Modern Caribbean theme for reception. I presented many slides of how the look will be - seating arrangement, menu, music, live performances for mehndi, sangeet, wedding and reception. I simultaneously took note of what they wanted and what they wanted to exclude. Though I had to arrange all - caterers, vendors, menu by myself but I knew I could rely on fernsnpetals for the all the flower decoration. I told them we can add some personalized decor in the wedding arrangements, like coasters, silver, cushions, napkins, to give more warmth to the event. Few ideas from chumbak and printvenue added a lot of color and sparkle to my presentation. 'I want Mehndi ceremony theme to be yellow, corresponding Rab Ne Bana Di Jodi' Anushka said. 'Do that for lady', said Virat. 'Noted and done!' I exclaimed.

Moving on, I landed on the point, I was most apprehensive about - Clothes and Jewelry. Though I created multiple looks beforehand for both Virat and Anushka on limeroad, I knew it would be an uphill task. I also presented them 'what's in trend' on shopsatplaces.com. 'I don't want the usual Manish Malhotra or Ritu Kumar,' Anushka said. I assured her that whatever look they will choose, I will fetch the best of designers to work on it. Since they both wanted something different, TheGuiltTrip helped a lot on narrowing down on some new designers. For casual wear, we finalized americanswan as their clothes match the 'punk and rock' style of both Anushka and Virat.  As far as jewelry was concerned, both happily agreed on suratdiamonds for traditional wear and bluestone for the contemporary look. Anushka wanted Virat to sport some cool watches and they liked many designs from watchkart. That was the only part that went without any hiatus, with Anushka picking and Virat nodding.

Lastly we discussed the photographer. I had one photographer in mind, which they agreed to and then I asked them how they would like to handle media - a photo-op post wedding ceremony or inviting major media houses at reception. Both agreed for a photo-op and I concluded the presentation with the question of destination for honeymoon and left upon them to decide on it. I knew, even their last moment wish can be handled efficiently using makemytrip.

Virat was quite impressed by my planning and complimented me on the labor I put on researching so many brands and sites. Little did he knew, all this information and offers are available in one click on baggout.com. Anushka said her secretary will be in touch to help me in narrowing down designers and invite list, and finalizing the contract. Yes, they hired me as their wedding planner and with that my presentation bagged me the opportunity of a lifetime. Thank God for Baggout, without it, the band-baaja moments would be very difficult to plan and very heavy on pocket. They helped me in keeping my profits high, adding more fireworks to my Diwali.

After spending hundreds of hours and millions of rupees, here's what happened - 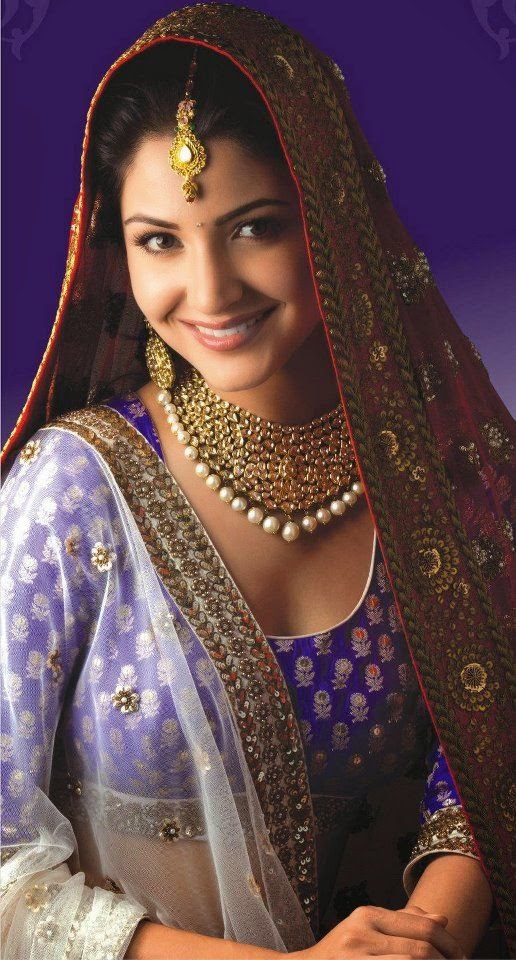 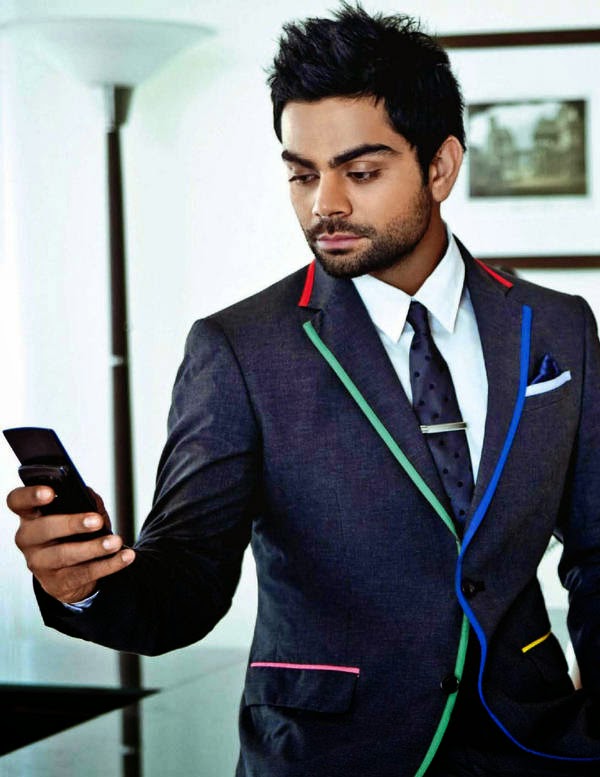 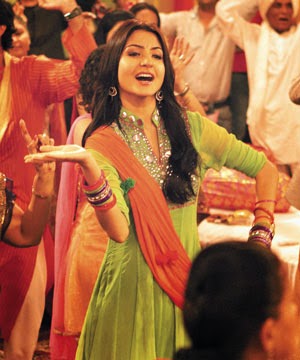 Anushka dancing in her Sangeet ceremony 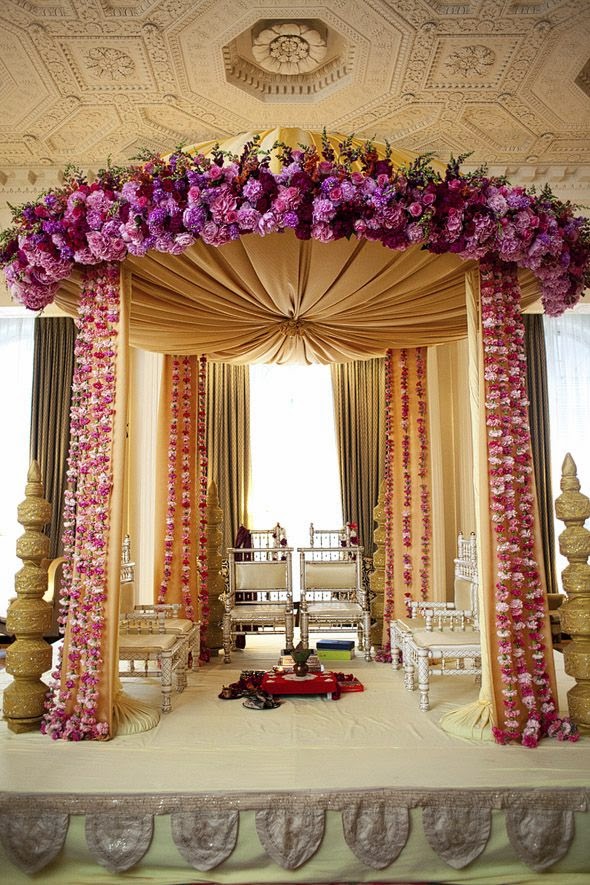 Where it finally happened

***
*This is a work of fiction, but if any of you want a wedding planner, you now know whom to approach.